The Piedmont Authority for Regional Transportation (PART) was created in 1997. The existence of PART is based on regional cooperation and the improvements to the transportation systems in the Piedmont Triad Region of North Carolina. 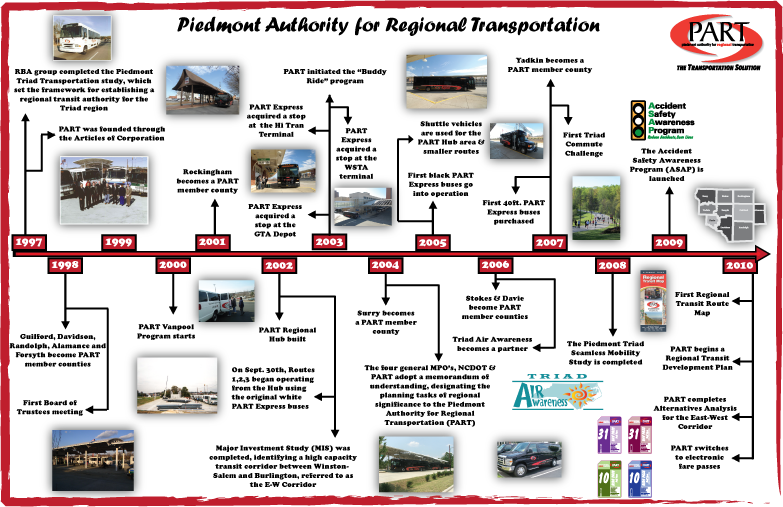